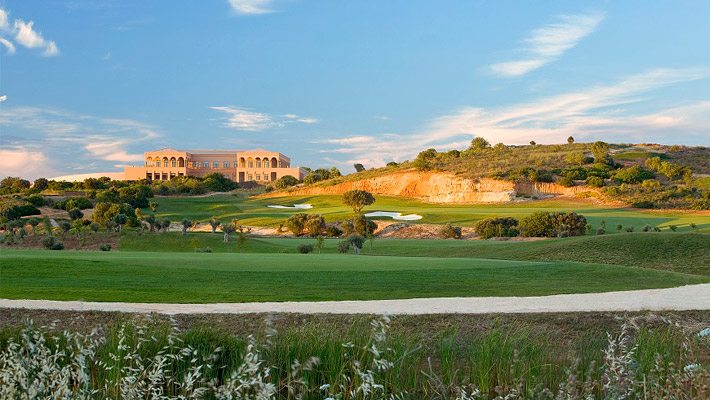 After the final event of the regular season at Moor Allerton Golf Club, only the top 60 golfers on the Race To Amendoeira will qualify for the Tour Championship. The tournament is to be filmed for a two-hour highlights package scheduled for a November broadcast on Sky Sports as well as other networks worldwide. Christopher Howell, Chairman, Oceânico Group, said: “We are delighted to be working in partnership with the PGA EuroPro Tour to stage the Race To Amendoeira finalé and look forward to welcoming the rising stars of European golf to enjoy our outstanding facilities.”

An equally delighted Daniel Godding, HotelPlanner.com PGA EuroPro Tour Chief Executive, echoed Christopher Howell’s sentiments: “We are thrilled to be able to bring our Tour Championship to the spectacular Amendoeira Golf Resort. For the first time our prize fund will hit £100,000 (about €115,000) and the Race To Amendoeira is sure to be the most intense it has ever been such is the quality of golf played on the PGA EuroPro Tour.”

The Algarve will once again be showcased as a truly wonderful location for top class golf and this reflects the fantastic facilities as well as the dedicated individuals who have established and maintained the region’s prestigious, international golfing status.