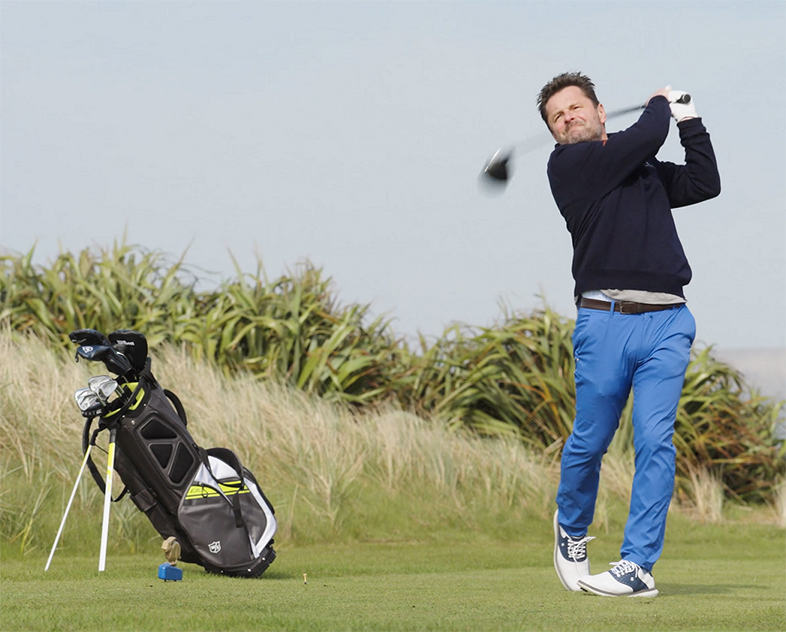 Broadcaster Chris Hollins will be hosting next month’s Palheiro Gardens Golf Classic after being signed up to compere the inaugural event in the island of Madeira.

Presenter Hollins, who was also crowned Strictly Come Dancing champion in 2009, will make sure proceedings go with an added swing when players from all over Europe head to Palheiro Golf for the event from October 1-5.

A familiar face on UK television, having presented some of the nation’s most popular sports and entertainment shows over the last two decades including BBC Breakfast, Watchdog and events such as royal weddings and The Olympics, Hollins is also an accomplished sportsman and golfer.

“It’s always fun when you travel to new places. I’ve been lucky enough to spend this summer travelling around Ireland with Paul McGinley for a new show I’m doing about the world’s greatest golf holes, and to have the opportunity to be part of a new event that showcases Madeira as a golf destination is something that I’m very excited about,” said Hollins.

Taking place at the start of next month and being held in aid of the Make A Wish children’s charity, the Palheiro Gardens Golf Classic features the chance to combine world-class golf with the opportunity to experience a slice of Madeira’s famous culture and history – including the islands’ globally acclaimed annual ‘Festa da Flor’ Flower Festival.