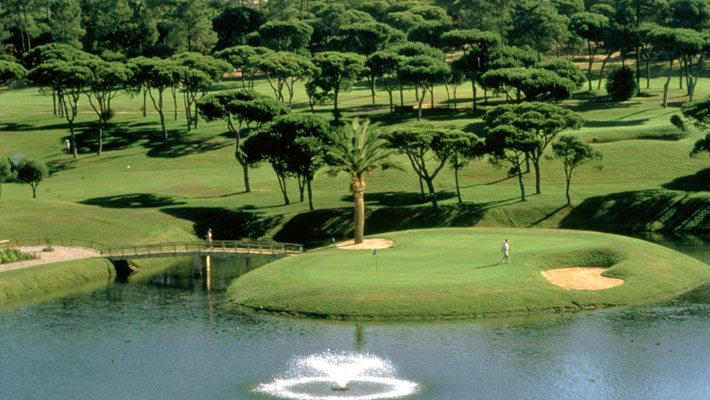 The 2017 edition of the two-day, annual Ben Hogan Trophy tournament was contested recently between Algarve clubs, Quinta do Lago and Pinheiros Altos and was played in a customary spirit of competitive camaraderie. Scores were level after Day 1 with both the Ladies and Men’s teams scoring 5½ points each. At the end of Day 2 the final returns ensured overall victory for Quinta do Lago with 25 points against 19 for Pinheiros Altos. Quinta do Lago regained the crown following defeat in 2016 and winning captain Rod Sumner was presented with the trophy by opposition captain David Ford. Both captains applauded the participation and performance of all players and tributes were paid to everyone responsible for ensuring another highly successful event. The contribution of so many individuals behind the scenes was acknowledged including the team led by the ever-modest Rosa who had served the after-match meal for both teams and who undoubtedly savoured the occasion. The Pinheiros Altos squad were gracious in defeat although they already have sights firmly set on recapturing the trophy next year at the 14th edition of the event.