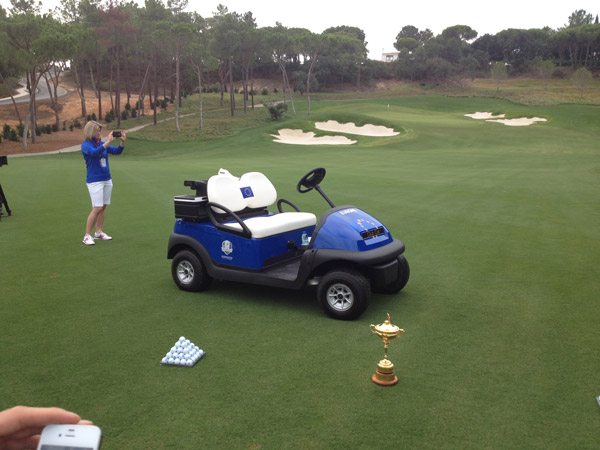 Open Media’s Client Account Manager, Tony Pass got up close and personal to the Ryder Cup trophy and the ‘number one’ tournament buggy used at Gleneagles. Tony was attending the recent, official opening of the sparkling Quinta do Lago North course.

The Ryder Cup is can be seen proudly displayed on the lush fairway of Quinta do Lago’s alongside the ‘top’ golf cart used at Gleneagles. The appropriateness of merging the Ryder Cup with the new North Course underlines the status of the new Quinta do Lago course where the environment is a major consideration in golf course development and maintenance.

A week after leading his team to a magnificent 16½-11½ win against America in The 2014 Ryder Cup, Europe’s victorious captain Paul McGinley was on hand to open his latest design project, the redeveloped North Course at the prestigious Quinta do Lago resort, part of The European Tour Properties portfolio.

The popular Irishman has redesigned the layout in close collaboration with renowned American architect Beau Welling. The €9.6m redevelopment is part of the €29m investment programme that has already been undertaken by Quinta do Lago since 2009, with a further €21m earmarked for improving its facilities over the next three years.

The redesign sees McGinley strengthen his association with a resort which he has often frequented over the past 20 years. In 2011, the Irishman opened his Paul McGinley Golf Academy, before launching a new state-of-the-art TaylorMade Fitting Centre last year.

McGinley said: “This has been a very exciting project to be involved in, and Beau and I are very proud of what we have created.

“I’ve been coming to Quinta do Lago with my family for many years now, and it keeps getting better and better. The new design will test golfers in many different ways, and I believe this is a great addition.”

The new layout has been built to the highest specifications, with the emphasis firmly on precision and strategy. Whilst many modern-day venues tend to focus on length, Welling and McGinley were keen to design a course where accuracy and course management are the key factors.

Set amongst 2,000 acres of the picturesque Ria Formosa Natural Park, Quinta do Lago has become one of the most highly-regarded golf and residential developments in the Algarve since it opened in 1972.

Located just 15 minutes from Faro airport, the resort offers residents and guests an unparalleled location benefiting from a year-round temperate climate, a variety of lifestyle pursuits and a strong sense of community. 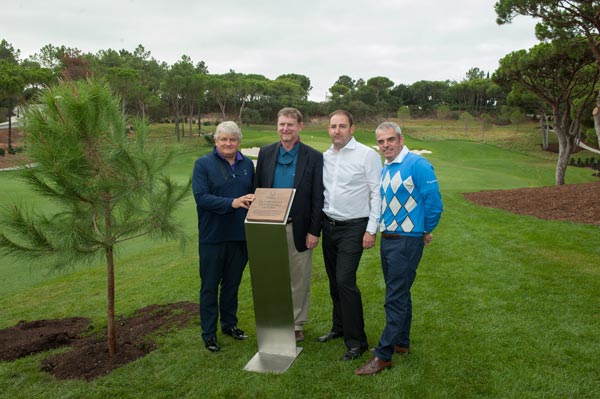