Balance – the window to every golf swing flaw! 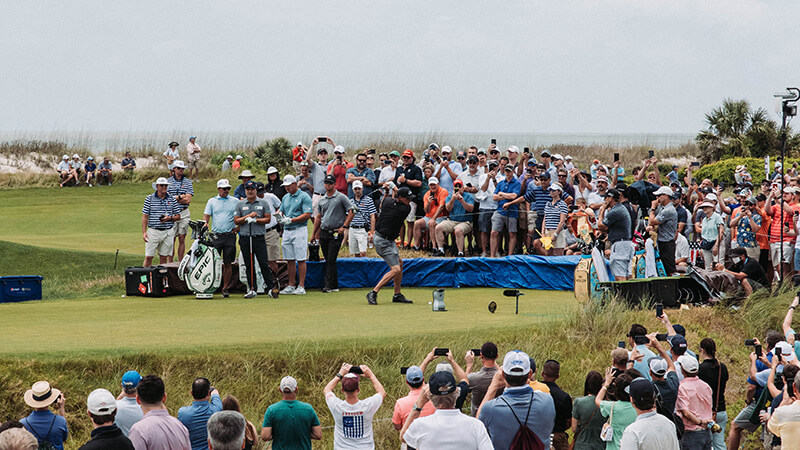 News that the 16th edition of one of the DP World Tour’s premier events, the Portugal Masters, is again being staged, from October 27 to 30, in the stunning Algarve has been met with great excitement across the golfing world.

The tournament’s enviable reputation for drama and fantastic golf, and €1.75 million in prize money ensures that many of the world’s golfing stars will again grace the fantastic Dom Pedro Golf Victoria Course in Vilamoura.

Stefano Saviotti, Chairman of Dom Pedro Hotels & Golf Collection, recently underlined the value of the Portugal Masters, describing the event as “extremely important as a showcase for golf in the Algarve”, and conveyed Dom Pedro Golf’s delight at being again set to welcome “the best golfers in the world” to Vilamoura.

Last year’s 15th edition was held in November, with the action taking place in glorious, early winter sunshine on the magnificent Vilamoura course. The stage was set and the beauty of southern Portugal was deservedly showcased across the watching world.

This year’s event promises to be equally spectacular with over 20 countries from all over the globe represented at the tournament. In addition to top golfers from Europe, the event’s renowned international character is reflected in the rich diversity of nations represented such as Australia, Chile, China, Japan, Malaysia, Thailand, and the USA.

Last year, the Victoria Course provided yet another compelling and dramatic Portugal Masters, as Thomas Pieters, Belgium’s former Ryder Cup star, eventually overcame the star-studded field, to become worthy winner of the event’s 15th edition.
Pieters began the final day sharing a four-shot lead with Frenchman Matthieu Pavon, but a sparkling closing round of 68 guaranteed the Belgian his fifth European Tour victory, and a coveted place at the season-ending DP World Tour Championship.

Pieters became the 14th different champion of the Portugal Masters and the first Belgian. This year, Pieters has the opportunity to become the first ever player to achieve victory on two consecutive years.

England’s Andy Sullivan, the 2015 Portugal Master’s champion, also returns to Vilamoura. In 2016, he agonisingly just missed out on becoming the first ever back-to-back champion when Ireland’s Padraig Harrington was victorious.

Sullivan now aims to see his name feature on the trophy again, to join compatriot Tom Lewis, whose name is still the only one to appear twice, following his 2008 and 2011 triumphs, and is this year aiming for a fantastic hat trick of victories.

The star-studded field also includes the return of Frenchman Matthieu Pavon who ran last year’s winner extremely close in the tournament’s final stages, and the nail-biting drama of previous years at the Portugal Masters whets the appetite further for this year’s star-studded edition.

The importance of the Portugal Master as a top-class international golf tournament has also been underlined by the DP World Tour’s Chief, Ben Cowen. “We value the long-standing support of Turismo de Portugal for this tournament, which brings Portugal to our audience on a global scale.”

Such ringing endorsements are also reflected by the tens of thousands of spectators in attendance, and the global TV audience, provided by networks, including Sky Sports and Sport TV in Portugal.

Golf in Portugal is clearly enhanced with the staging of this first class, international event, but the value of the Portugal Masters to the country as whole has been stressed by Luís Araújo, President of Turismo de Portugal: “Portugal has consolidated its international prestige as a ‘premium’ golf destination, which, in large part, is due to the quality and diversity of courses across the country.

Portugal not only has the perfect conditions for any golfer to play and train, but also the capacity and infrastructure to host events of the highest international demand”.

With the stage now set for another fabulous occasion in southern Portugal, there is a strong representation of Portuguese players, including Ricardo Melo Gouveia, Ricardo Santos, Pedro Figueiredo, and amateur Hugo Camelo. As a result, there is the exciting prospect of an inaugural Portuguese victor.

This, combined with the chance of a first back-to-back winner, the possibility of a three-time champion, and a galaxy of international stars set to compete, the Portugal Masters is again guaranteed to provide drama, and top-class international golf in the beautiful Algarve.

The importance of mind & body to the perfect golf swing

Want to know the secret to better golf? It’s all in the feet

Balance – the window to every golf swing flaw!