Junior Open 2021 Tournament is this December 18 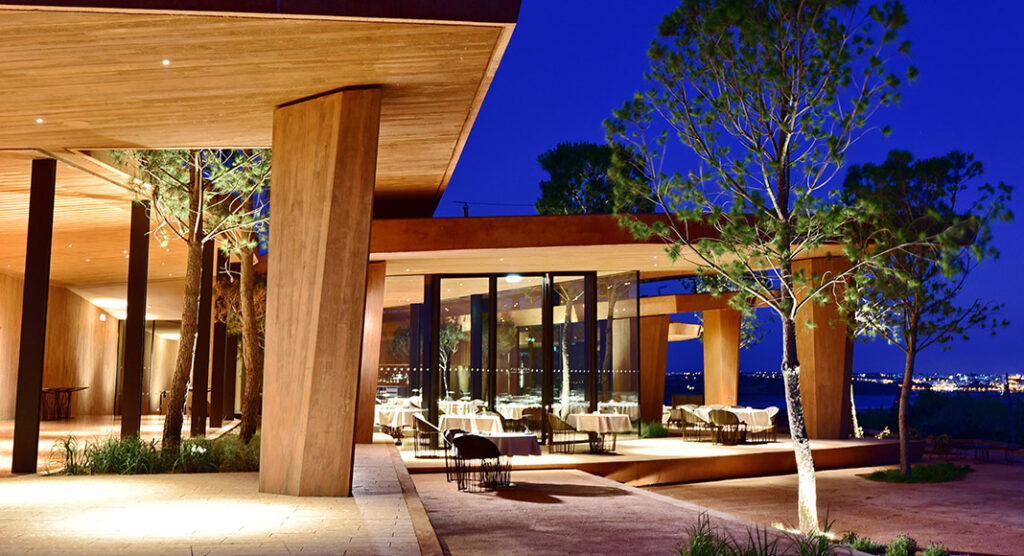 AL SUD Restaurant, the new fine dining restaurant at Palmares Ocean Living & Golf resort, led by Chef Louis Anjos opened to the public just six months ago and has already been distinguished with a Michelin Star.

Louis Anjos is overjoyed. “We are so proud to receive this distinction, just six months after the restaurant opened. Our team believed from the very outset that we would be able to stand out, working tenaciously with a sense of responsibility to ensure a memorable gastronomic experience for our guests,” said Anjos.

He added: “This accolade is a reward for the entire team, from the kitchen or pastry section, to front-of-house and the bar. We shall strive to ensure that AL SUD Restaurant continues to provide unforgettable moments.”

The Al SUD Restaurant at Palmares Ocean Living & Golf resort, in Lagos, features signature cuisine from award-winning chef Louis Anjos. A journey through the best that the Algarve has to offer, with the ocean as its muse, AL SUD Restaurant excels in the quality of the ingredients that make up the menu, in the savoir-faire of its chef and also in the idyllic setting in which it stands — facing the Bay of Lagos, to the right, and the Alvor Estuary, to the left — producing a unique and exceptional gastronomic experience.

According to chef Louis Anjos, Al SUD Restaurant aims to “provide a sensory experience to diners, ensuring they take away with them all this passion and remember us, keen to return”. He adds: “I feel privileged to be able to have the best local produce at hand, such as oysters, razor clams, and Algarve coast clams. The fish, which we get from nearby Sagres fish market, is magnificent too. Our Algarve scarlet shrimps are also a product of unrivalled quality, as are other shellfish, such as spider crab.”

Two restaurants in the Algarve have received their first Michelin star ever – the recently-inaugurated Al SUD Palmares Restaurant in Lagos, led by chef Louis Anjos, and A Ver Tavira in Tavira, led by chef Luís Brito – while Bon Bon in Carvoeiro has retained its star under new chef José Lopes. These are among the main highlights of Michelin’s Gala ceremony in Valencia (Spain), which saw seven restaurants in Portugal receive two stars and 26 restaurants receive one star.

Here’s the full list of awarded restaurants in Portugal

Junior Open 2021 Tournament is this December 18