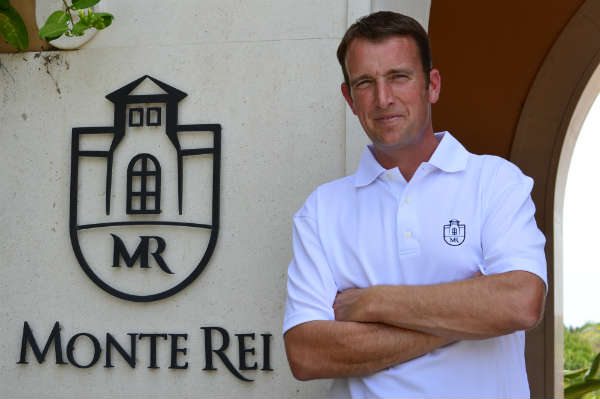 Welshman Darren Griffiths is enjoying life in the eastern Algarve at the prestigious Monte Rei Golf Club where he was recently appointed as Head Professional and Golf Operations Manager. Darren who was born and grew up in Wales was introduced to golf by his father at the relatively late age of 16. However with his natural flair for the game it was only two years later when he joined the professional ranks. Since turning professional Darren has established an outstanding track record in the golf industry gaining awards including Welsh Professional of the Year and earning the title of Welsh Golf Club of the Year at both of his previous two venues. For the last 20 years Darren has been teaching all levels of golfers and he prides himself on getting the very best he can from every individual. For many this involves deriving more enjoyment from their game while others might seek increased consistency and some are aiming to realise their full potential. Darren is also meticulous in terms of his own development and still takes lessons from Sky Sports pundit and World renowned coach Denis Pugh to reflect his drive for continuous learning and improvement as a player and a coach. Monte Rei have clearly made a first class appointment in Darren with members and visitors to the golf club set to reap the benefits of his skill, experience and passion for the sport. Clubhouse Algarve is also delighted that Darren will feature as guest instructor in the next edition of the magazine.