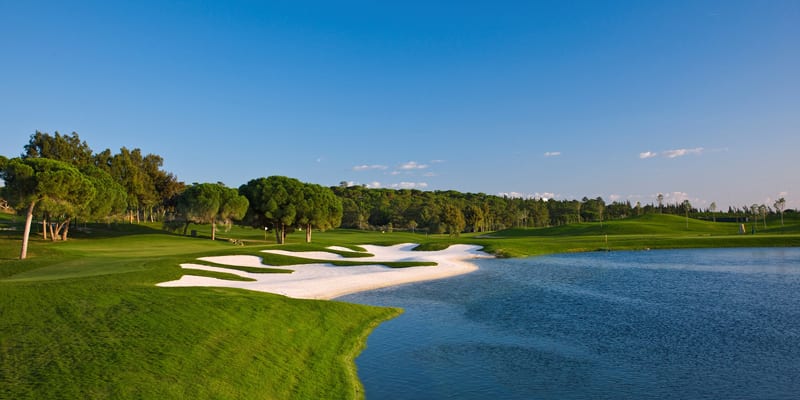 The Quinta do Lago Junior Open is establishing itself as one of the most important events in the European junior golf calendar with aspiring stars from across the continent recently competing in the annual tournament. Around 100 of Europe’s most talented youngsters, from ages 8 to 20, gathered under sunny Algarve skies, in temperatures averaging around 18ᵒ degrees, to participate in the 3rd edition of the R & A-approved world amateur golf ranking event.

Staged on Quinta do Lago’s acclaimed Laranjal championship course, in stroke play and Stableford formats, the 54-hole tournament attracted its strongest ever field with players from 11 countries represented, including Malaysia, Sweden, France, Germany, Italy, the Republic of Ireland, Spain, UK, and of course Portugal.

Heading the line-up were leading Portuguese juniors Sara Gouveia and Calvin Holmes, along with Sofia Sa – top ladies 2019 amateur in Portugal – and Swedish under-18 star, Maia Samuelson. Gouveia underlined her star credentials by beating Samuelson and Sa to claim the girls’ under-21 title. The boys’ under-21 event produced a thrilling finish as Malaysia’s Justin Chan defeated three-time Portuguese junior champion Holmes in a sudden-death play-off, after they finished tied after 54 holes.

Portugal’s Francisco Reis and Maria Afonso also underlined their credentials as players to look out in the future, after impressive victories in the boys’ and girls’ under-10 events – nine hole Stableford formats over both days of competition. There was an added treat for the juniors, with European Tour star, Ricardo Gouveia on hand throughout offering expert advice, and also taking part in the junior ‘golf challenge’ event.

Once again, the Algarve has staged a memorable golfing tournament, and at the same time showcased some of the sport’s very best future talent. Southern Portugal is well established as an international location of choice for golfers of all ages and abilities, and occasions like this latest, spectacular tournament at Quinta do Lago clearly points to continued success, and a very bright future for golf in the beautiful Algarve.